An American Paleoartist in London: Day 3 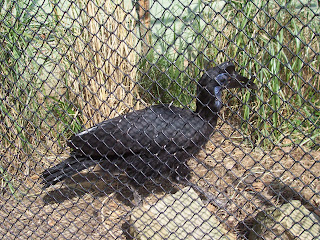 I swear to Cthulhu, I hear less English in London than any other language. French and Russian seem dominant, followed by Israeli and other...Middle Eastern-sounding languages. In fact, London seems comprised, overall, of relatively few Anglo-Saxons. This is not bothersome, it's just wierd to me. This is truly a multicultural, multinational town. It would be nice to order food from somebody who spoke English, though. I'm just saying. Actually, today was really great. We spent the morning at the wax museum. Despite its tourist trappings, it's reasonably fun. The entrance fee is enough to make you briefly lose conciousness, though: 25 pounds per person? Sheesh! At least there's a ride in there, and a haunted house. Sadly, there is no Salma Hayek. After Madam Tousso's (or however you spell it), we traveled north, to Reagent Park, and also the London Zoo. They also charge way too much to get in, but I figure a zoo is expensive to maintain. The zoo was wonderful, although the constant stream of small screaming children was hard to ignore. 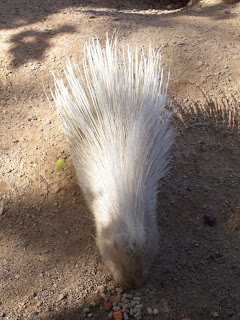 The insect house was great, as it included some giant spiders and a small colony of naked mole rats, which I'd never seen. The reptile house had gigantic rhinoceras iguanas, and the bigger one was very active! For my money, though, it doesn't get much better than ground hornbills. We also saw a family of Asian lions: a big male, a lioness, and their two new cubs. FAR too cute for words. At one point, they were all laying together, and the cubs were playing! I know, I didn't get any pictures. I blame the hoard of people swarming the overlook. Now here's something really wierd. At both the wax museum and the zoo, a map cost extra. Four goddamn pounds extra. Really? Four pounds for a piece of paper? At every other zoo I've been to, the map is included in the ticket price, as God intended. Here, it seems like they're trying to bilk you just a little. We actually got a free map (perhaps by accident) from a woman near the aquarium, so it wasn't a big deal, but the very concept of having to pay for a map boggles the mind. As it turns out, the map isn't all that helpful because it leaves so much off, and also doesn't provide an adequate sense of scale, so you end up missing the tigers like three times because it's just not clear where they are.

The only disappointment is that there isn't really a close tube stop to the zoo: we ended up hiking back through the park to Baker Street, stopping for fish 'n' chips on the way. Now we're back at the hotel, and BOY does it feel good to get off the feet! Reagent Park is gorgeous, and it makes me want to wander around Hyde Park and Green Park. We'll see if there's time for that, but I want parks like this in Anchorage! Sure, we have Kincaid, but that's more like a sports park.
Posted by Zach at 8:53 AM

Neato! Never got to see the London zoo myself. When I visited london I stayed in a youth hostel. The room was crappy and so was the supposed promissed breakfest, but that all was compensated by the fact that the hostel was literally on the edge of hyde park. I had real pleasure to walk right trough it every time I visited natural history museum or science museum. Hyde park really is gorgeous place.

Oh yeah, I completely forgot to recommend the Zoo! The £4 map price is probably actually for a guide book, the map itself would be free.

Next time you go though, get off at Camden Town station on the Northern Line and walk about 10 minutes (signposted) to the Zoo, and get a bus back (forget which one, but it says 'Camden Town' on it. Exit the zoo via the back near the owls and the Snowdon Aviary.