He Longs to Kill

Raptor Lewis was asking about my gecko(s) in a previous post, so I thought it was high time to take some pictures. Here's Solid, my only remaining leopard gecko (Mr. Fat died a few months after Liquid--old age). He's also the biggest and most aggressive leopard I've ever had. I imagine he's male. 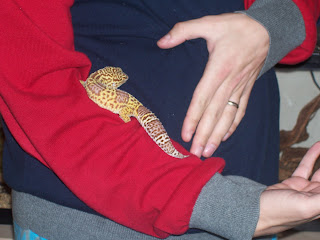 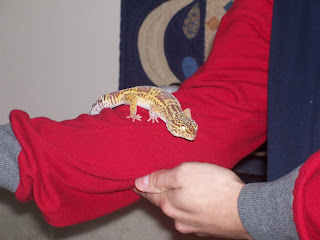 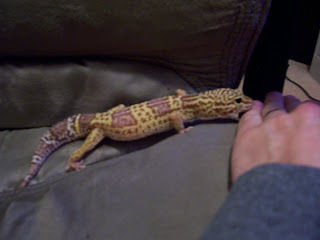 Be on the lookout for pictures of my wonder gecko, Big Boss!
Posted by Zach at 4:43 PM

Nice article you got here. It would be great to read a bit more about that matter. Thanx for sharing that data.
Sexy Lady
Female Escorts London

He is a cool gecko. I can't wait to get ours now! And how wonderful that a sexy lady from Female Escorts London is also so interested in herpetology... ;-)